Why Is BeetRoot a Superfood

Why Do We Put Beet Into Our GO Complete Superfood Shake

Beetroot – this superfood “beets” other veg hands down!
So you think you know beetroot – the humble root vegetable, so often found in pantries in its pickled form since World War II. But truly, it is so much more. In fact, it is a nutritional powerhouse now widely regarded as a superfood! 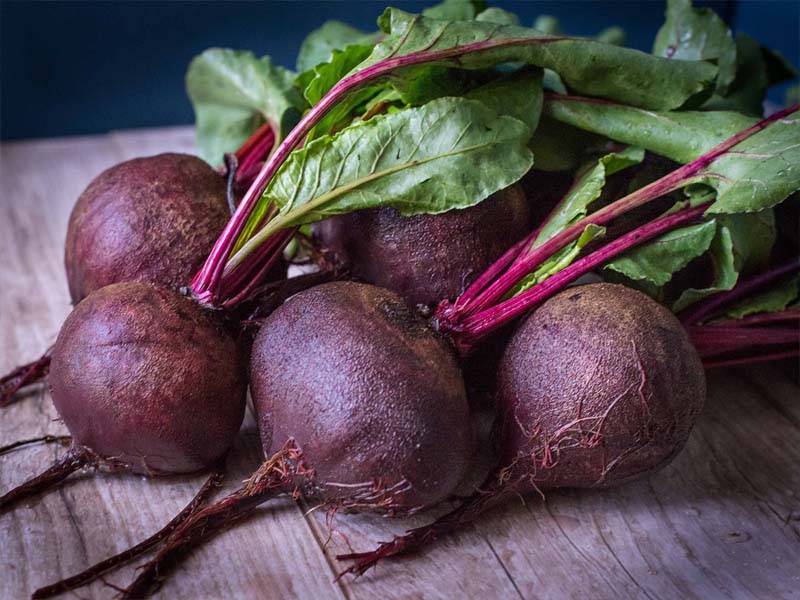 The beetroot is no stranger to the average household.

Also known as “table beet”, it is one of the many cultivated varieties of Beta vulgaris and the most common variety found in Britain, North America and Central America today.

In the earliest days of its consumption, the leaves were most commonly eaten by people living in the eastern Mediterranean and the Middle East. The Romans then began to make use of the root for various medicinal purposes. Over the years, it became popular in Central and Eastern Europe for culinary purposes too.

Beetroot, as we know it today, was only cultivated in the 16th century. You may be surprised to learn that modern varieties are derived from the sea beet, an inedible plant that grows wild along the coasts of Europe, North Africa and Asia.

Unlike some of the other, better known superfoods, like wheatgrass, spirulina or acai berry, beetroot is not overtly exotic. But don’t let that fool you.

What has traditionally been viewed as a boring, somewhat unappetising vegetable, is really a “super-root” in disguise!

It is a rich source of both carbohydrates and plant proteins, along with a broad spectrum of vitamins, minerals and other essential nutrients (considered in more detail below).

At the same time, it has a very low caloric value and is almost entirely free of fat. It is also a low-GI food – the sugar conversion process is slow, which supports stable blood sugar levels.

You can’t have failed to notice the vivid colour of beetroot – whether the deep purple, the bright yellow  or the lesser seen candy-stripes! Like so many other superfoods, these colours offer a visual clue about the high level of antioxidants, carotenoids and flavonoids found in beetroot.

The notorious red colour compound is called betanin (or beetroot red), a pigment which is a well-known antioxidant and phyto-chemical. However, all beets contain betalain antioxidants – a class of red and yellow pigments found in plants.

Beetroot is also rich in a broad spectrum of vitamins and minerals, contributing to its reputation as a superfood.

Beetroot is high in dietary fibre – both soluble and insoluble. A 100g portion â€“ about two or three small beetroot â€“ contains as much as 10% of your recommended daily allowance.

Fibre is an essential component of healthy digestion and supports everything from stable blood sugar levels to natural cleanse and detox processes in the body.

More recently, much research has been undertaken on beetroot’s capacity to absorb and store exceptionally high levels of nitrate – a nutrient involved in many of the processes that are essential for efficient exercise performance, including blood flow and oxygen usage.

In particular, a study conducted by Exeter University in the UK received a lot of media attention when it found that cyclists who drank a half-litre of beetroot juice several hours before setting off were able to ride up to 20% longer than those who drank a placebo blackcurrant juice.

Since that study, both beetroot and beetroot supplements have been of particular interest to athletes.

The unique combination of nutrients found in beetroot mean that it can offer ideal support for all-round health and vitality, including:

– a healthy heart and cholesterol levels

Belonging to the same family as two other nutritional titans, chard and spinach, both the leaves and roots of beetroot can be eaten. Incorporate it into your daily diet and your body will thank you!

Here’s what the US National Library of Medicine  National Institutes of Health reports on the potential benefits of Beet root: https://www.ncbi.nlm.nih.gov/pmc/articles/PMC4425174/